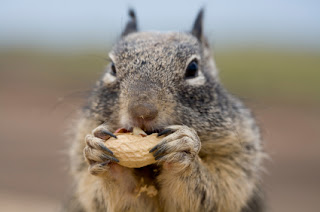 Thank you for staying tuned in.  Continuing on with my health story (see Part 1 by clicking here), I went from back pain to digestive dysfunction…

In August 2003, an unknown insect bit the back of my calf as I was traipsing through some tall wild grass.  The bite burned terribly and constantly and drove me to visit the doctor’s office because “What if it was a brown recluse spider bite?”  The doctor’s assistant prescribed a strong dose of cephalexin antibiotic, “Just in case”.  Within a couple of days of starting the medication, I began feeling ill in my digestive system.  I became so ill, I ended up asking my husband to take me to the ER in the middle of one night because I felt I would surely pass out or die while in the bathroom. That ER visit was a joke because when we arrived, they told us I would not be seen for 7-8 hours.  We left.  It was easier for me to be ill in my own bathroom, on my own toilet, than at a hospital ER.  First thing next morning, we headed to the doctor’s office, and I was given the diagnosis of colitis.  The cephalexin had done that magnificent (ha!) job because I had the Clostridium difficile bacteria in my intestinal tract.  This pesky, spore producing bacteria (which lives an abundant, happy life in hospitals) loves the opportunity that most antibiotics give it.  Antibiotics kill all kinds of bacteria, good and bad (unless you are talking about C. diff.).  Because the cephalexin killed all my other important gut bacteria that kept it in check, the Clostridium difficile was able to wreak havoc on my body.

The doctor had the simple pharmaceutical solution to give me yet another antibiotic (metronidazole) to supposedly kill the C. diff. and make me better and casually told me to go buy some yogurt at the store and eat it.  So I followed his advice, took the secondary nasty antibiotic which made my urine reddish brown and gave me a terrible taste on my tongue and bought some Yoplait yogurt and ate it.  After 10 days of severe colitis and losing 10 pounds to bring my weight to 90 frail pounds, the colitis ebbed, and I was finally able to leave my bed and bathroom.  I was so weak, I could hardly walk.  Although the colitis had calmed down, I just didn’t feel right.  I felt within that there still wasn’t something physically right.

In addition to the colitis, the timing of the mysterious insect bite and colitis coincided at the very same time with an occurrence of an especially intense, emotional, and painful misunderstanding with some very close persons in my life.  This particular situation evolved from being an initial and erroneous questioning of my character and motives to ultimately me facing their rejection and abandonment.

We don’t have to fast forward very far for the next health struggle because only one month later in September of 2003, I was hit with another secondary case of colitis.  I had not yet even fully recovered from the first one.  I tried to eat more yogurt, but that sure as hell didn’t work out!  The C. diff. had gained too much strength in the environment the antibiotics had created in my gut.  It had grown into "Super C. Diff." and having a wild party at my expense.  Metronidazole does not eradicate Clostridium difficile!

I didn’t even bother calling or going to the doctor this time.  In misery, as I lay in my bed hurting, crying, and trying to make sense of what was happening, I used the knowledge I had about my situation, prayers, and the internet to do my own research.  I Googled Clostridium difficile with key words which would give me alternative methods of treating it and was led to find Jordan Rubin’s story (Patient Heal Thyself) and his product called Garden of Life Primal Defense along with other helpful suggestions like Culturelle probiotic and a probiotic yeast called Saccharomyces Boulardii.  I ordered the Primal Defense immediately and starting taking it a few days later.  Within 24 hours of beginning the Primal Defense, I was again able to cautiously and weakly leave my bed and bathroom.  I also began taking the Culturelle and Saccharomyces Boulardii and since 2003 I have never had another case of colitis again.  I continued to use those products for a very long time, especially the Primal Defense.  I used it for many years until I could restore an excellent balance of bacteria in my intestinal tract.  Plus, I began regularly making my own healthy yogurt (much better in probiotic benefits and lack of additives and sugars than Yoplait!), thanks to a friend who showed me how and even gifted me her yogurt making machine.

The two severe bouts of the antibiotic and Clostridium difficile induced colitis within one month of each other were a powerful turning point in my health and healing perspective!  I realized that being handed a pharmaceutical prescription at a doctor's office doesn't deal with or necessarily heal the root problems of why the body is struggling in the first place.  I refer to this time as one of the most significant and painful seasons of life which propelled me into a wholistic journey.  This little squirrel was about to embark on a lifelong search of healthy nuts.

It is often the most painful lessons we experience which teach us the most.

My Health Story in a … (Big) Nutshell? is continued in Part 3, Acid Reflux, H. Pylori, and Osteoporosis and will be posted soon.
Posted by MaryAnn Broussard at 12:39 PM